Slow Your Roll, Idaho! ISP issues 200+ speed citations in just one weekend; The effort comes as traffic deaths are on the rise in Idaho 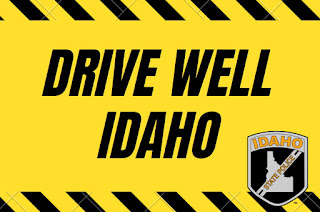 Idaho State Troopers placed a high focus on high speeds this past weekend in an effort to remind drivers that safe speeds save lives.

The effort was part of a Border to Border speed education and enforcement campaign coordinated by the Western States Traffic Safety Coalition (WSTSC) Friday, June 25th through Sunday, June 27th. In several western states including Idaho, fatal and serious injury crashes and speed-related vehicle rollovers have recently increased, as have citations for excessive speed.

- 2 reckless driving charges (misdemeanors)
- 1 inattentive driving charge (m) on Interstate 90 in Shoshone County involving a driver traveling at 117 mph in an area posted for 75 mph.
- 55 Excessive Speed* citations (16 mph or over the posted limit) including:
* 4 for speeds of 100 mph or above:
- A citation to a driver on Interstate 84 in Minidoka County charged with traveling 102 mph in an area posted for 80 mph.
- 3 drivers cited in separate incidents in Bannock County for traveling 100 to 101 mph on Interstate 15.

"High speeds increase the risk and severity of crashes, and these speeds show a disregard for the driver's own safety and that of others on the road. Our goal is to keep families whole and keep people safe on our roadways. Speeding is aggressive and puts the speeding driver as well as everyone around them at risk." said Idaho State Police Lt. Jens Pattis.

"Behind the wheel, we all need to be safe and courteous. We can strengthen that message by unifying efforts with our partner agencies throughout the west. It's important to let folks know that wherever they travel, their safety and the safety of others is absolutely our priority, even if it means writing them a citation when they fail to watch their speed." Said Lt. Pattis.

Although last weekend was a period of special emphasis on the dangers of speeding, Troopers remind motorists they are on the roads every day working to educate motorists and enforce laws intended to keep people safe on Idaho's roadways.

The WSTSC was formed in July 2019, in response to impaired, aggressive, and distracted driving issues, and to promote the lifesaving use of seat belts. The Coalition brings members together with neighboring states to emphasize unity and commitment to meaningful public education about the consequences of dangerous driving.