Keeping Families Whole for the Holidays; ISP has Extra DUI Patrols out in force 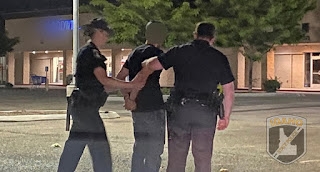 Troopers with the Idaho State Police are joining their partner law enforcement agencies throughout the state and the ITD Office of Highway Safety in supporting the effort to remove DUI drivers from Idaho roadways and keep families whole during this holiday season.

"Impaired driving ends lives, changes lives, and leaves families broken. That's something we see first-hand as Troopers. That's why we work to stop impaired driving every day, and this holiday season, we're working overtime so more families can enjoy their holidays together." said Trooper Davis.

The goal of the extra patrols is to increase safety on Idaho's roadways by reducing the number of DUI related crashes.

The deadly impact of driving impaired:

"There's a grieving family behind every impaired driving crash statistic. As Troopers, we see that grief when we interact with those families, and it's grief they'll experience for the rest of their lives. So, our message is simple; don't drive impaired on either drugs or alcohol, and don't let friends and family drive impaired," said Trooper Davis.

What can you do?
- Plan your safe ride home before you start the party;
- Choose a non-drinking friend as a designated driver;
- Arrange for a ride share service or taxi.
- If you're hosting a party where alcohol will be served, serve non-alcoholic beverage options and make sure all guests leave with a sober driver;
- Always wear your seat belt - it's your best defense against impaired drivers, and;
- If you see what could be an impaired driver on the road, call *477(*ISP) or call 911. Your actions could save a life.

Extra DUI patrols run through January 3, 2021. Funding for extra traffic patrols is provided by a grant from the Idaho Transportation Department Office of Highway Safety through the National Highway Traffic Safety Administration. Thank you to these agencies for supporting ISP's efforts to keep Idaho's roadways safe.