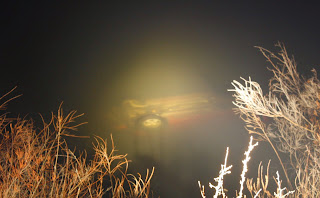 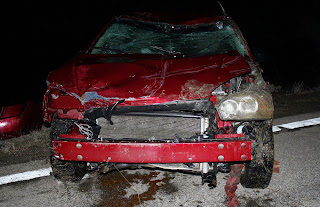 MERIDIAN - On Sunday, December 7, 2014 at 6:09 p.m., the Idaho State Police investigated a one vehicle crash on SH52 at milepost 49 at the Gem County and Boise County line. A 17 year-old female from Sweet was traveling westbound on SH52 in a 2005 Chevrolet Malibu when she drove too close to the edge of the roadway and the front tire of the vehicle drove off the shoulder of the highway. The driver then overcorrected, lost control of the vehicle and it went off the opposite side of the road and down a 42 foot embankment. The vehicle then struck some boulders along the embankment, overturned, the airbags deployed and the windows busted out of the vehicle. The vehicle came to rest upside down in the Payette River.

The driver unbuckled her seatbelt and was able to exit the vehicle through the passenger side window and swam to the shore of the river. She climbed up the 42 foot embankment and was finally able to flag down a passing motorist after four vehicles passed by her. The driver was not injured in the crash.

Idaho State Police were assisted by the Gem County Sheriff's Office, Gem County EMS and Gem County Auto and their dive team that pulled the vehicle from the river.

The crash is under investigation.