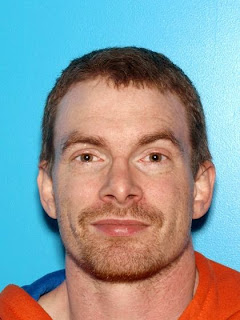 MERIDIAN - The Idaho State Police are asking for the public's assistance in locating Samuel John McCartney, 36, of Twin Falls, Idaho.

McCartney was charged with inattentive driving in Adams County after the car he was driving collided head-on with the Council Ambulance on US Highway 95 at milepost 121 near Indian Valley on October 22, 2013. That crash seriously injured two EMTs that were treating a patient in the back of the ambulance at the time of the crash and injured the driver of the ambulance, as well as, the patient.

McCartney appeared at his arraignment in Third District Court in February but failed to appear for a scheduled pretrial conference in court on March 27th. The Honorable John Meienhofer issued a bench warrant for McCartney's arrest and set a bond at $10,000.00.

Anyone with information on the location of McCartney is asked to call Idaho State Police at (208) 884-7360. ISP has information that McCartney may be out of state.