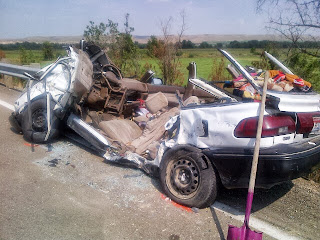 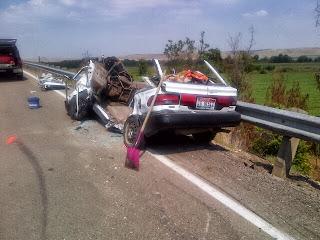 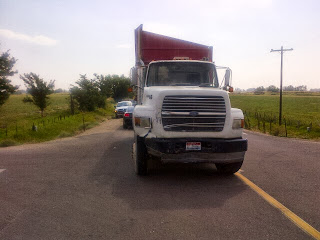 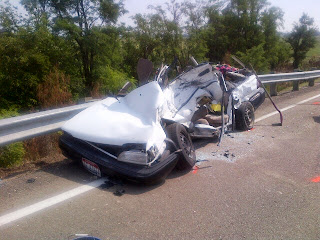 On September 4, 2013, at approximately 12:24 p.m., the Idaho State Police investigated a fatal crash on State Highway 52 (SH52) at milepost 13, east of Payette. Tina Helmick, 51, of Emmett, was driving westbound on SH52 in a 1990 Geo Prizm when she came to the intersection of SH52 and South East 1st, and attempted to turn left. Manuel Oritz-Monoz, 59, of Payette was traveling westbound on SH52 in a 1993 Ford farm truck hauling corn. Helmick turned in front of Oritz- Monoz who was unable to stop stuck Helmick's vehicle on the driver side. Helmick succumbed to her injuries at the scene. Helmick's passengers Shawn Herrman, 36, of Emmett was transported by ground ambulance to Saint Alphonsus in Ontario. Helmick's other passenger Michael Garza, 22, of Emmett, was transported by air ambulance to Saint Alphonsus in Boise. Oritz-Monoz and another of Helmick's passengers, Michael Spicer, 20, of Emmett, was not injured in the crash.

Notifications have been made to the next of kin. This crash is still under invistation by the Idaho State Police.