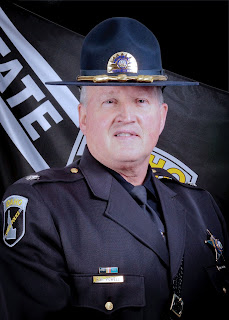 (BOISE) – Governor C.L. “Butch” Otter appointed Lieutenant Colonel Ralph Powell director of the Idaho State Police today, elevating him to the rank of colonel to succeed Jerry Russell in command of the ISP.

Powell, a 30-year ISP veteran, has been acting Idaho State Police director since Colonel Russell retired in January. He had been deputy director since January 2012.

"I appreciate the opportunity Governor Otter has given me to continue my service to the citizens of Idaho,” Colonel Powell said. “I look forward to our continued effort in building positive working relationships with our law enforcement counterparts throughout the state.”

Powell has an associate’s degree from what now is Brigham Young University-Idaho, a bachelor’s degree in pre-law from Brigham Young University and a master of public administration degree from Boise State University. He started his law enforcement career as a police officer for the City of Boise in 1983. He became an Idaho State Police trooper based in Pocatello that same year and worked his way up the ranks as a sergeant, regional commander, forensic and police services commander, area operations commander and deputy director.

Colonel Powell and his wife Julie live in Meridian. They have five daughters, three sons-in-law and eight grandchildren.

“Ralph has proven himself over and over again as an effective and exemplary law enforcement professional. He shined as Jerry Russell’s right hand, and I’m confident he will continue to show that kind of dynamic leadership and solid management,” Governor Otter said. “This is another case of the State of Idaho being blessed with a deep and talented bench in public service, and I’m fortunate to be able to make Colonel Powell director of the Idaho State Police.”
Posted by Idaho State Police at 2:32 PM